A downloadable game for Windows

The Fall of Lazarus is a first person exploration game set in a science fiction future. You are a crew member of the USSC Lazarus waking up from cryo sleep without memories and even without name in an apparently abandoned drifting cargo spaceship. But you're not alone, there is also Hybris, the Artificial intelligence who commands the ship.

The Fall of Lazarus is a deeply narrative video game. You will have to solve some puzzles and explore in order to advance in the story. The universe and story will unveil branching along the scenary, objects and documents left behind by the people who lived in the Lazarus at some point.
In addition if you search and connect the dots maybe a greater puzzle will be revealed and the darker truth around you will become brighter.

The Fall of Lazarus is a first person exploration game. There is a main story you'll play but you'll have to search and inspect every detail of the scenary looking for clues, notes, letters and objects and piece by piece gather information about what's happening around you.

There are a lot of mysteries aboard the USSC Lazarus and depends on you how many of them you can resolve along your journey. At the end of it maybe you resolve the bigger puzzle around what's going on. Maybe you're right. Maybe you're wrong. You'll need to have in mind every detail in order to unveil the whole story.

You'll have to resolve some puzzles as well, but we wanted to integrate them in the narrative and the scenery. You are in a spaceship and we wanted it to feel like it. The interaction with these puzzles is the same as in the rest of the game trying to not break the immersion in the story.

And you'll also can interact with the terminals and computers around the ship. Some will give you key information, others will help you in your way out. There is a whole operating system full of software and apps filled with information of any kind to explore and take advantage of. You'll have a tool (called Mnem/0z1n3) that will help you gathering and classifying information and breaking through password protected terminals.

- First person exploration game.
- A deeply narrative game with a plot full of twists and mysteries.
- Puzles you'll have to solve while advancing in the main story.
- A variety of beautifully crafted sceneries.

The Fall of Lazarus: The First Passenger is the conclusive prologue and demo of The Fall of Lazarus. In this little adventure set in the year 2180 you will play as Caleb Rogers, a Gen-Ethics (an audit firm focused on controlling the normative and quality of criogenic, clonation and genetic alteration processes) who wakes up in the USSC Lazarus against his will.The First Passenger is a little slice of the final game where we showcase all the playable mechanics of the full game and also works as an example of the narrative we want to play with. You can play a whole level of the USSC Lazarus out of the five levels will include the final game, every one of them highly detailed and full of objects and terminal to interact with while playing the main story. But we wanted you to enjoy this little stand alone experience separately if you want to. This is only the prologue with another protagonist but we highly recommend you to stay tuned and, when the day comes, enjoy the full experience.

When we have to describe The Fall of Lazarus in a phrase we always say «it's like Firewatch (Campo Santo) meets the film Moon (Duncan Jones)».

The astonishing off-frame and foreshadowing narrative of Moon is our core narrative reference and the slow paced development of the plot and clever dialogues of Firewatch are really inspiring to us.

Of course we're filled with references such us Gone Home, Mind: Path to Thalamus, The Guest and films like 2001: a space odyssey or Alien. Even Lost series are being really influencing because of how it works the mysteries and characters.

We will launch The Fall of Lazarus on PC at first. We obviously want to release it on as much platforms as we can, but right now we have to focus on the PC version. We also like to port the game to VR but we have to wait to see how things work.

Download
The Fall of Lazarus Demo: The First Passenger 407 MB

Is this "Version 12" the old demo or old game version

or same as Steam release?

This game it's mind bending! I've only discovered it now and apparently it's going to come out soon! Can't wait!!

EcchiTenshi plays the Demo for "The Fall of Lazarus" with DARGON

The Fall of Lazarus is a first person exploration game set in a science fiction future. You are a crew member of the USSC Lazarus waking up from cryo sleep without memories and even without name in an apparently abandoned drifting cargo spaceship. But you’re not alone, there is also Hybris, the Artificial intelligence who commands the ship.

The Fall of Lazarus is a deeply narrative video game. You will have to solve some puzzles and explore in order to advance in the story. The universe and story will unveil branching along the scenary, objects and documents left behind by the people who lived in the Lazarus at some point.
In addition if you search and connect the dots maybe a greater puzzle will be revealed and the darker truth around you will become brighter.

Reply
No Wand Studios2 years ago

Okey, so we've been focused on the development of the game and we didn't realized till now that our game wasn't working in the itch.io app. Works fine with the downloads from the browser but it doesn't work in the app. We're sorry for that and we will check it out as soon as we can.

Thank you all for advising us! <3

Hi! We checked and all the links are working just fine both on Chrome and Microsoft Edge and we haven't had any problems with that with anybody so maybe is something wrong with your browser or something like that. :(

PS: We didn't know you were talking about the app! We will check it out for sure. Thank you a lot!

Great game! Our review is up http://earlyaccessgaming.net/fall-lazarus-rise-something-new/

Reply
No Wand Studios2 years ago

wont even install for me :(

It doesn't require you to install it, you only have to download it and play it! :S

If you're trying to play from the itch.io app we just realized it doesn't work. We will check it out as soon as we can. Sorry about that! You can still download it from the web!

I really liked it. It got a little confusing towards the end, but I understand that you guys were simply trying to experiment with different mechanics, which I don't mind at all. Use me as your guinea pig! I liked how immersive it was, and the voice acting wasn't bad. All in all, when this gets finished I think it'll be on par with Event[0], but with a different storyline and different mechanics. Can't wait!

Did a two-part of the demo for our channel and loved the ideas and everything behind it. Here's the first part.

Hi there! I really liked the concept of the game you created. Even though it's just a demo, I think that it has a lot of potential. It remined me of Alien, like the suspense and the music adds to the game. If you don't mind, I made a gameplay video of it.

The Fall of Lazarus DEMO

Keep up the good work :)

You really shouldn't ask anyone to pay for a demo, those are supposed to be a free way to try a game.

It's free! You can download the demo for free if you want. We only activated the possibility of donations if anyone wants to do so. Maybe someone likes the demo and wants to support the development of the project. But donating it's not necessary at all to play the demo!

Honestly I don't even think that you (or the service you publish on) should even ask for money at all when delivering a demo. It should be free without "pay what you want" setting the implication that you should pay something. put up a donate button if you want donations.

Honestly, I don't think you understand what a developer goes through when creating their games. The art that's behind it, the long hours poured over for some random person on the internet trying to tell them how THEY should run THEIR GAME? How about this, you try and support a project by yourself without the option of letting those who'd like to support it (which is easily negatable by clicking the download button regardless) and see where that gets you. There are TONS of demos on Steam and many other platforms that people pay for. It supports the project, it gets content to its players faster, and it shows the developer that WE CARE. Take your unknowledgable self somewhere else, cause I guarantee you, everyone here will disagree with you.

Oh I know it's hard and lots of personal time and effort goes on. But a demo is there to show off all of that, its a free way to try a tiny bit of a game. I personally think asking for money at any point for a demo is wrong.

Good girl, honestly I think you should shut your mouth. What you say is BULLSHIT. I don`t know if you every tried to develop a game but I did. And it`s not as easy as you maybe think. If I would make a game for the community I would do exactly the same as "No Wand Studios" did because donations will help A LOT. But maybe you just didn`t think enough. Next time you surely will. Have a nice day!

I never said it was easy, that is why you charge for the full game. Demos are supposed to be a free sample of a game.

And it IS. But very much developers add their patreon accounts or another way to support them to their games. So I can`t see your point. Everything is allright 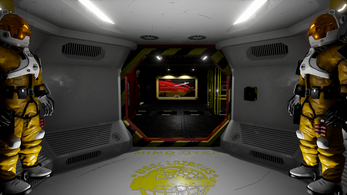 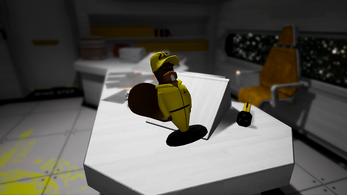 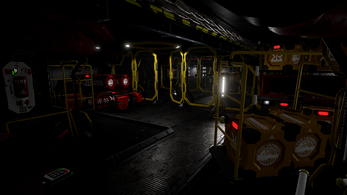 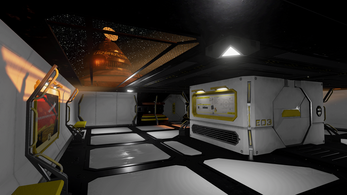 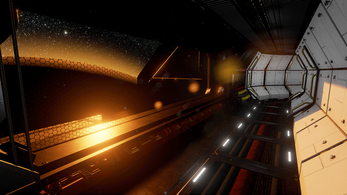